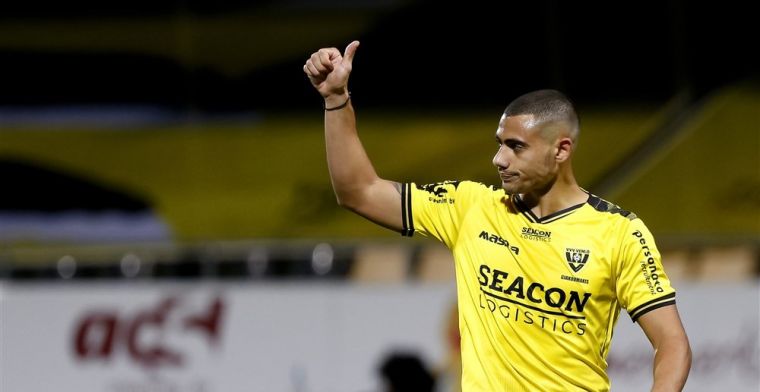 Giakoumakis stays with VVV for at least the rest of the season. He scored 21 goals (6 penalties) already this season. Is he really that good? Let’s find out if a bigger club should go after him this summer.
He had 15 non penalty goals. His shot map looks great. Very few shots from outside the penalty box and a lot of central shots. His NPxG is 8.46, which already shows his overperformance. 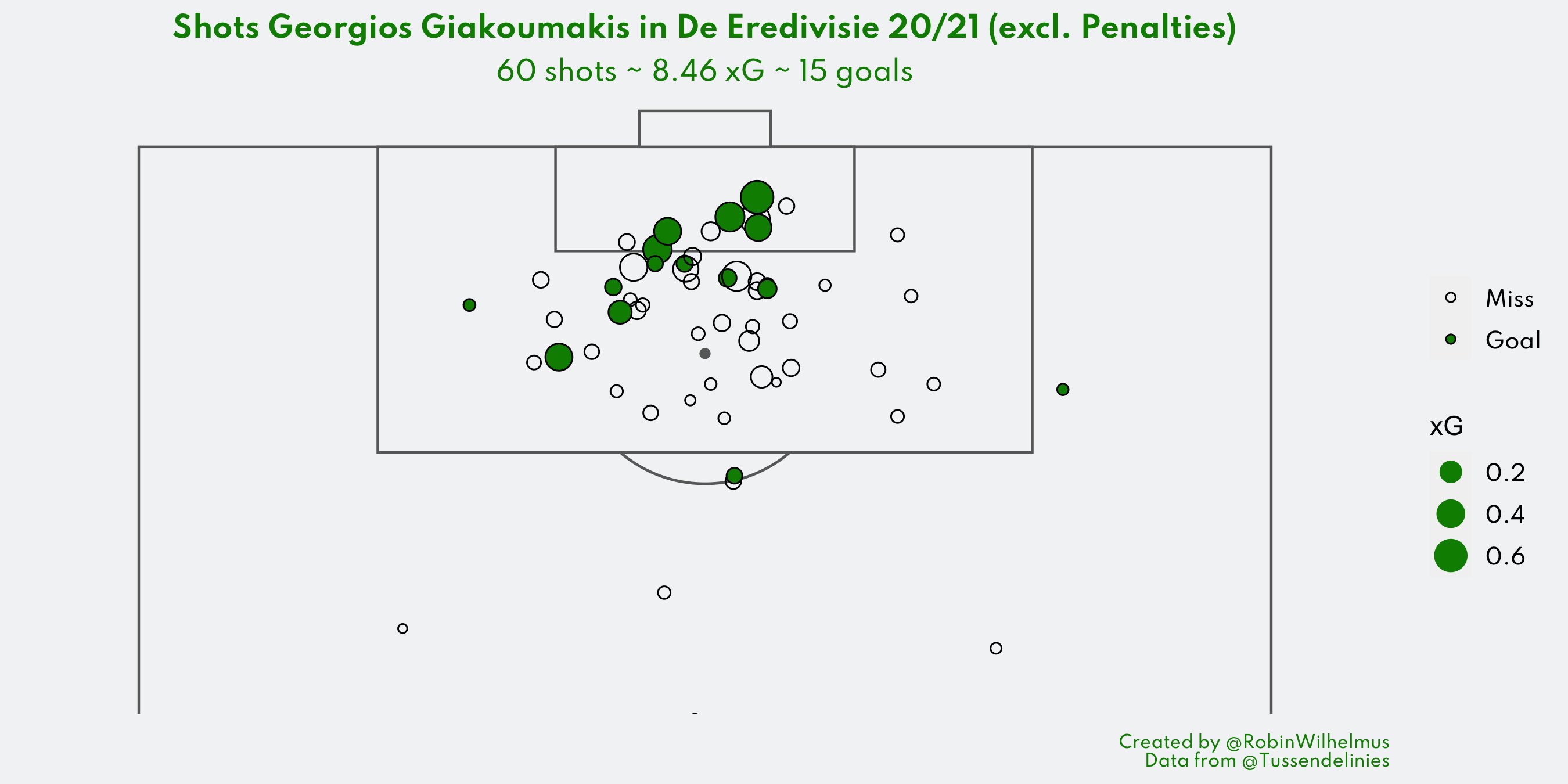 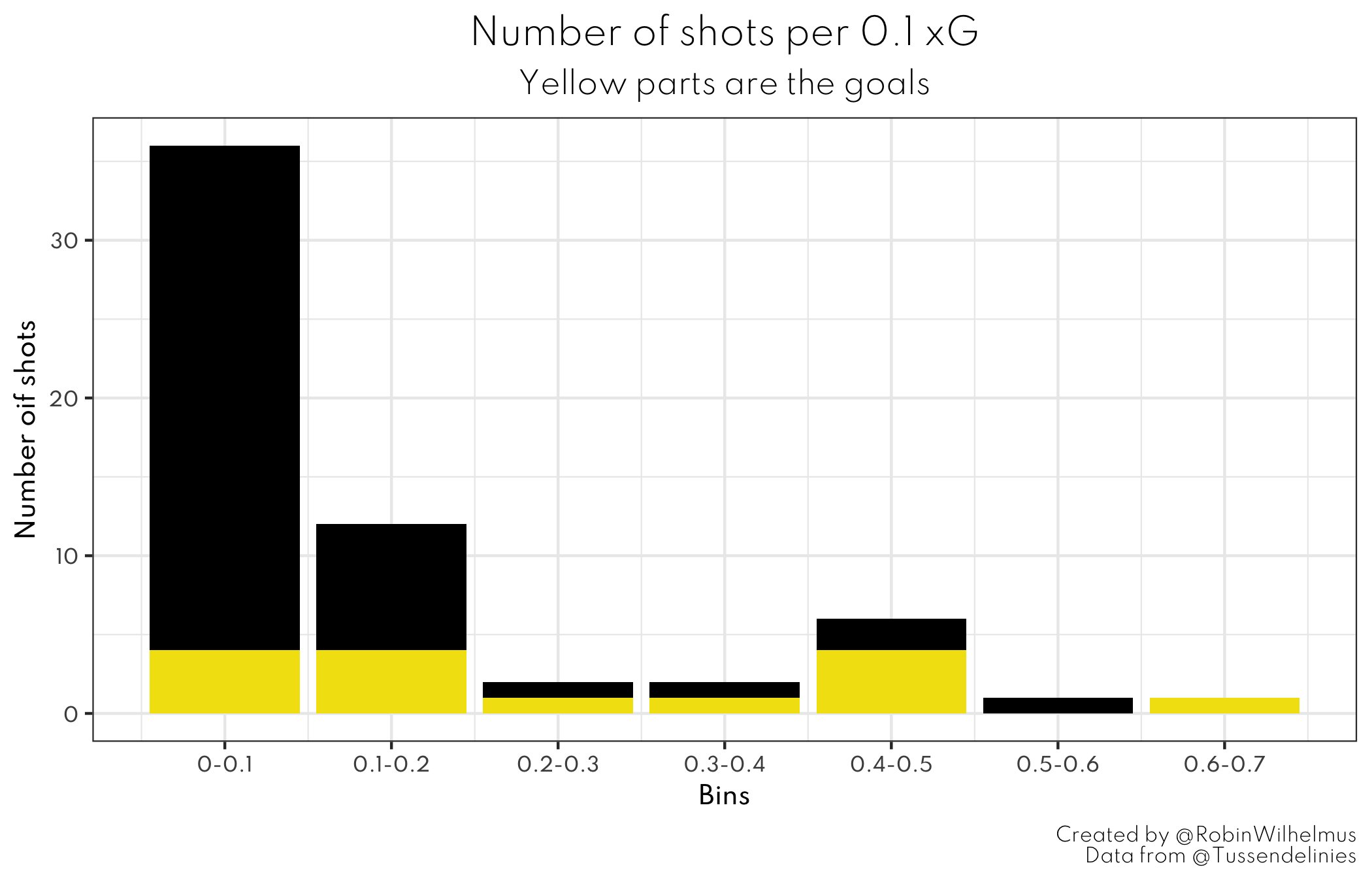 So, how extraordinary is this? I’ve simulated all his non penalty shots a million times to see how much he would score. As we can see, the chance that he scores 15 of them is only a few percent! Scoring only 3 goals is more likely than the 15 he has! 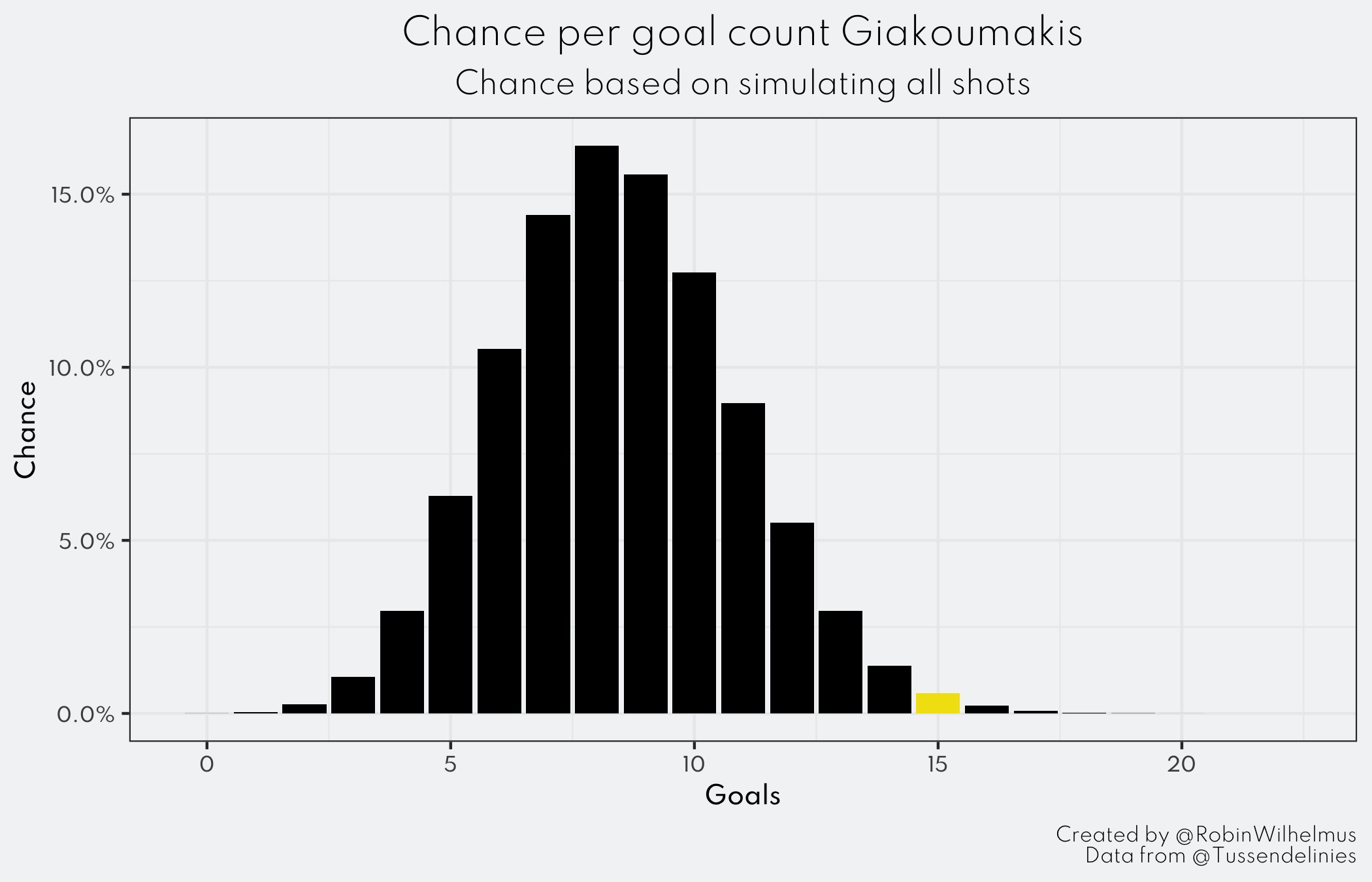 If we look at the minimum number of goals scored in the simulations, we see that he has an almost 50% chance of scoring at least 9 goals. The chance at scoring 11 or more goals is less than 25% 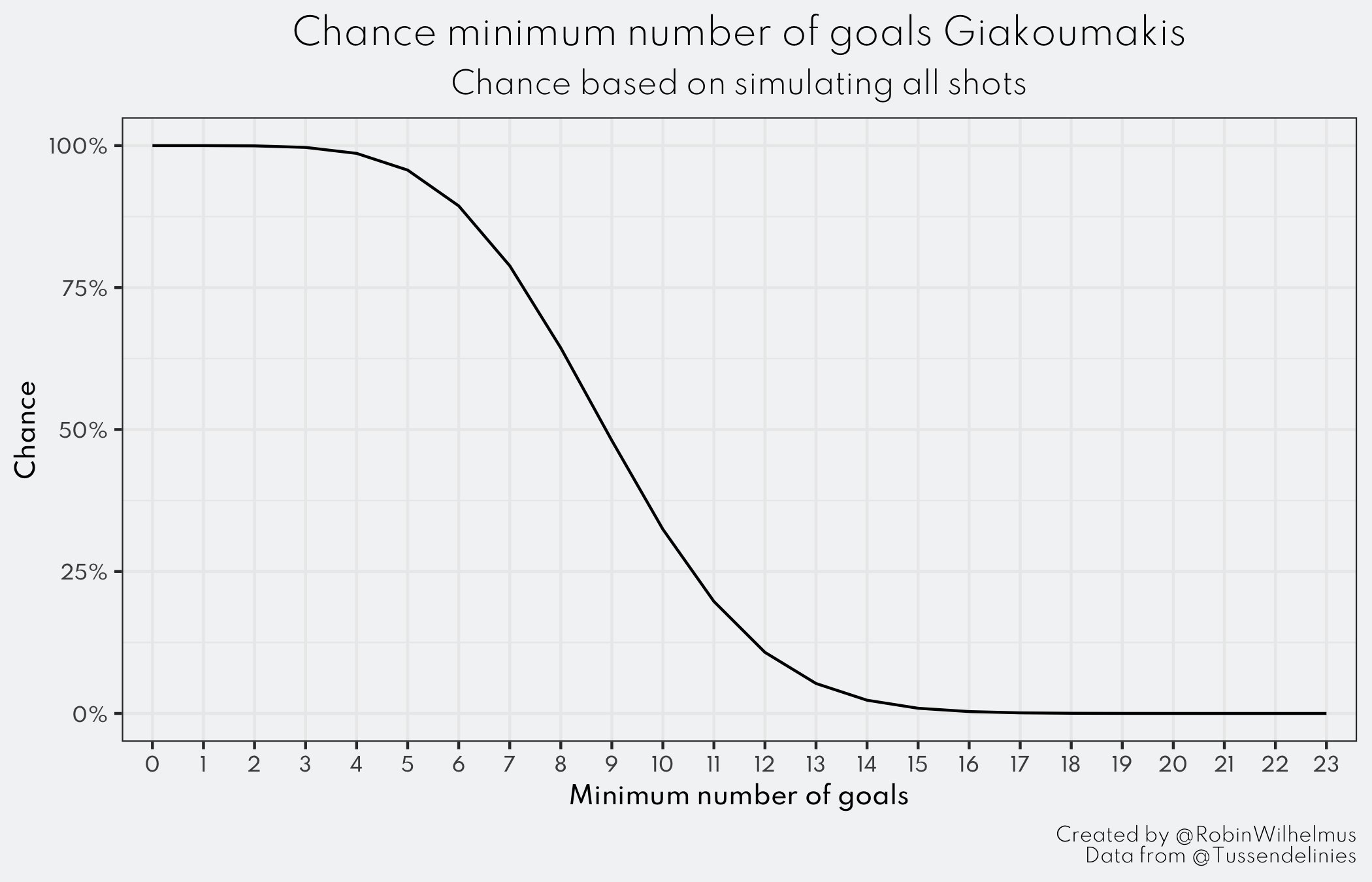 Will he continue this form the rest of the season? Possible, but unlikely. Will he manage this next season as well? Even more unlikely.

VVV should’ve sold him already in my opinion as they are safe from relegation. Now they should certainly sell him at the end of the season.